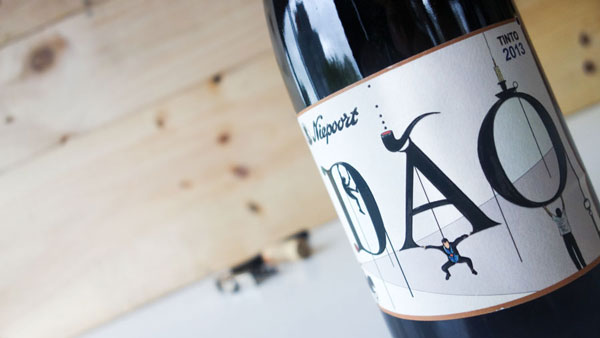 ‘Director of Oakley Wine Agencies, Nick Oakley, has said that promoting appellations such as the Douro or Dão is the best method for Portugal, as the grape variety approach does not translate as well.

Oakley, who is celebrating 30 years in business this year, told db that Portugal should not copy the grape variety model employed by countries in the New World.

He said: “The problem is that Touriga Nacional is not Malbec or Pinot Noir. You’re never going to be able to turn it into the grape variety of Portugal, as for one thing, it doesn’t crop highly enough.

“In Argentina, for example, there are significant quantities of Malbec planted, and it can absolutely churn it out. Portugal can’t do that.

“I would say the answer is appellation. We’re selling more Douro, Dão, Vinho Verde and Alentejo. We have insisted with our clients that, if they’re selling a Douro wine, that they make sure the word is displayed good and large on the label so people can see it.”

Despite stressing the importance of region over grape, Oakley believes the majority of consumers are still unaware of the differences in wine style within the country.

“The fact that the public don’t go to Portugal for its wines in the same way as they do to Spain or France is because they’ve never actually been able to buy the stuff,” he said, stressing the work he has done to create a supply chain for vineyards to get their wines on shelves in UK supermarkets.

He stressed that sales of Portuguese wine had began to pick up “five to six years ago,” and he is confident that a new UK campaign by Wines of Portugal this year will give things a further boost.

Oakley named single varietal Vinho Verde as an area of interest. He believes wines, made from the likes of Loureiro, Arinto, Avesso and Alvarinho, can challenge whites made in Italy from Fiano, Falanghina and Trebbiano.

“These Italian whites are clean, un-oaked and are hitting the spot in the market right now,” he said. “For me, single varietal Vinho Verdes knock the spots off any Italian white, yet it’s the Italian wines that get shelf space.”

He explains that the reason for this is that people are unsure about what a Vinho Verde should taste like, and often still expect a wine that’s relatively neutral in flavour, very low in alcohol, and has a distinct spritz.

“I like to call these new-wave Vinho Verdes,” he said.

Oakley also stressed the potential of coastal, mineral-driven whites made on the Lisbon coast, as well as lighter reds from Dão, referred to by the Portuguese as the ‘Burgundy of Portugal’.

Oakley established his agency in January 1990 after initially working as a one-man importer supplying pubs and bars around Colchester.

After taking a punt on importing some wine from Alentejo, Oakley reaped success after sending in a sample to Sainsbury’s. Since then, he changed his business model, specialising in ex-cellar and only dealing with larger independents that import.

Around 95% of his business is now through online merchants including Majestic, Laithwaite’s and the Wine Society, and supermarkets Asda, Morrisons and Aldi’.