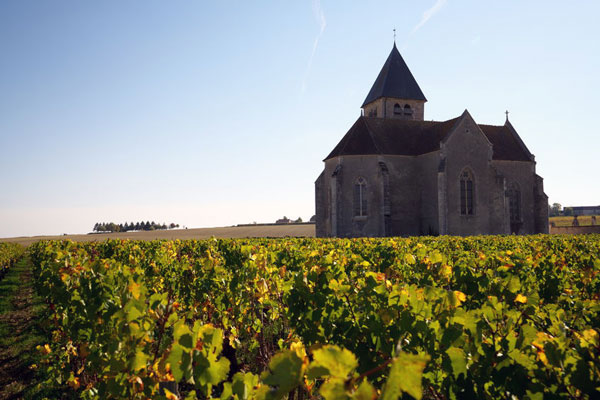 ‘Chablis has always stood slightly apart from Burgundy, while remaining an integral part of it. But the latest INAO plans include swapping some Chablis denominations with Beaujolais.

Anger is growing among growers and winemakers in Chablis after the French appellations authority released plans that would strip some wineries of their cherished Burgundy status – and hand it over to Beaujolais instead.

French news magazine Le point reported that the Institute National de l'Origine et de la Qualité (INAO), the organization that writes the rules for the various French appellations, has moved to change the rules that allows some Chablis wineries to label their wines as Burgundy.

Politically and administratively, Chablis is located in northern Burgundy, although it lies in the department of the Yonne rather than the Côte D'Or. Locals do not necessarily identify as Burgundian, however the wines of Chablis tend to be classified as part of Burgundy by most retailers and other wine professionals and frequently by some Chablis producers.

Until now, if a Chablis winemaker considered for reasons of quality or commercial imperative to declassify his or her wine to a less upscale category, it could legally be labeled as generic white Burgundy. This situation is quite infrequent, however, and others – most notably in Beaujolais – are pushing to take advantage of the entry-level Bourgogne appellation as well, capitalizing on a very buoyant name in the marketplace.

So, in its wisdom, the INAO is proposing that, in cases of a wine being declassified, wine produced in the Chablis appellation can no longer called by the basic Bourgogne tag, but must use the Coteaux Bourguignons denomination, a name that replaces the old "grand ordinaire", and where blends with other grape varieties are accepted. It is also the appellation under which Beaujolais was allowed to produce before the current proposals to let them use the Bourgogne tag were suggested.

"On the one hand, we are asked to defend our name and, on the other, we are asked to do politics," says Bruno Verret, the new president of the Regional Burgundy Syndicates. "The INAO would like to bring 25 communes of Beaujolais into the Burgundy appellation. They came to make us a proposal: that out would go out all the Chablis and Dijon wines, along with part of the communes of Tonnerrois. "

One of the problems with the plan is that, according to the criteria of the INAO, one of the primary conditions for an appellation to be considered as "Burgundy" is to have clay-limestone soils; however northern Beaujolais is predominantly granite.

"It is taking the risk of eventually distorting the very notion of appellations of origin."