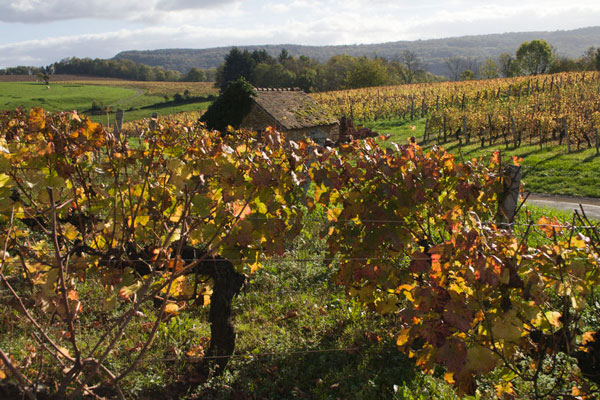 A genetic study of Iron Age, Roman and medieval era grape pips has revealed that the Savagnin we enjoy today has existed for over 900 years.

The DNA from the seeds was then matched to a genetic databank of modern varieties.

The genetic information from the seeds, which were found at various sites across France, also showed that the Romans were making wine with grapes genetically related to Pinot Noir and Syrah.

Remarkably, Savagnin, today the principal white grape of the Jura, was instantly recognisable because its genetic material has been constantly preserved and passed down through clonal propagation when cuttings were taken for almost 1,000 years.

Dr Nathan Wales from the University of York part of the British-Danish-French-Spanish and German team behind the research, said: “We found one medieval grape seed from central France that is directly connected to Savignin blanc.

“It’s a type of grape that’s grown today in France and we see that it has a direct link for 900 years, which means that people have taken this one vine and they’ve propagated it by cuttings for over 900 years.”

Genetic similarities between grape seeds found in separate locations, occasionally hundreds of kilometres apart also suggested that cuttings were being shared between winemaking estates across ancient and medieval France.

For example, although famous for producing Vin Jaune and Vin de Paille, the medieval Savagnin seed was actually found at a site near Orléans, an indication that it was much more widely spread across France in the past.

From one group of Roman-era seeds there were found some genetic similarities to a variety called Mondeuse Blanche, so close in fact it appears to be a direct offspring and Mondeuse Blanche, which is still grown in Savoie today, is the parent (with Dureza) of Syrah.

As Wales said, that means in 2,000 years “there’s been one reproductive cycle between the Romans and today”.

It has long been known or at least speculated that certain modern varieties have been used by European winemakers for hundreds if not thousands of years.

Pinot Noir is mentioned in the historical record, so too Gamay and Savagnin (also referred to as Traminer – usually in Germanic countries) was known to be very old as it is either a parent or offspring of Pinot Noir, and is certainly a parent of Sauvignon Blanc, Chenin Blanc, Trousseau, Sylvaner and Verdejo.

A lack of clear naming conventions in the historical record or even the mention of any names at all however has made identifying varieties very difficult.

The field of genetics however opens up huge possibilities to see the sorts of varieties our ancestors were growing although the exact taste and style of those wines may forever elude us.

Wales said: “Large databases of genetic data from modern crops and optimised palaeogenomic methods have vastly improved our ability to analyse the history of this and other important fruits.

“For the wine industry today, these results could shed new light on the value of some grape varieties; even if we don’t see them in popular use in wines today, they were once highly valued by past wine lovers and so are perhaps worth a closer look.”