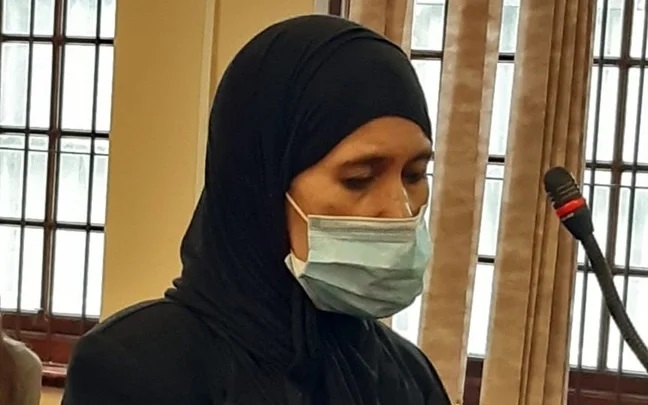 Zurenah Smit, the wife of murdered Stellenbosch wine farm owner Stefan Smit, has been charged with murder, robbery and assault, according to News24. Stefan Smit of Louiesenhof Wines was killed by four armed suspects on 2 June 2019.As reported by the South African news website, Zurenah Smit, 54, appeared at Stellenbosch Magistrate’s Court on Tuesday after handing herself over to the police on Monday.Two men, former policeman Derek Salt, who was a bodyguard to the couple, and his brother-in-law Steven Damon, have also been charged.Smit’s wife Zurenah has been charged with murder. According to News24, Smit wore a black hijab and blue medical facemask in the courtroom, and read from Islamic scriptures while she waited for proceedings to start. The case was postponed until Thursday due to a bail application. In addition to murder, Smith also faces charges of robbery, possession of an illegal firearm and assault with intention to cause grievous bodily harm.

Stefan Smit (62) of Louiesenhof Wines was shot and killed in front of his wife by four armed suspects on 2 June 2019 due to a land dispute. According to Times Live, Zurena and a family friend were having dinner at 7pm when four men wearing balaclavas entered through an unlocked door and shot him. Smit was shot multiple times in the head and body during an apparent house robbery in which two mobile phones and a hangbag were stolen. He became embroiled in a land dispute in 2018, when residents of a nearby township erected shacks on his land, and refused to leave. Smit had sought a court injunction to have them removed. The situation was compounded by an ongoing political debate about amending the South Africa constitution to allow land to be seized from farmers without having to compensate them. Zurenah is being held at Pollsmoor, a high security prison in Cape Town, until her next court appearance.