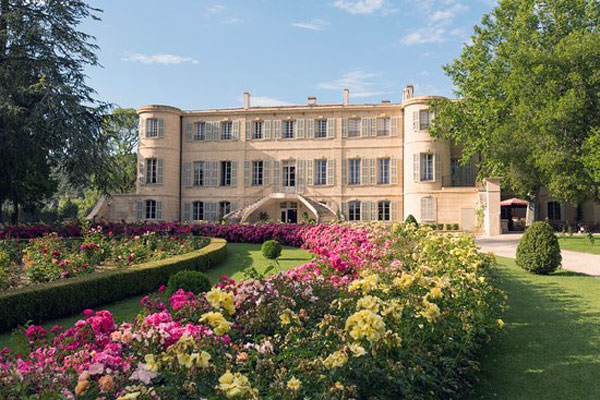 ‘The Prats family, former owners of Cos d’Estournel in Bordeaux, has acquired Chateau d’Estoublon in Provence with media tycoon Stéphane Courbit, marking the latest high profile sale in the region.

Built in the 17th century, the 300-hectare estate in Baux-de-Provence was sold by the Reboul-Schneider family after over 20 years at the helm.

A new gravity-fed winery is currently under construction at the estate, which includes 10 guest suites and a restaurant, making it ideal for tourism.

With an estimated worth of over €800m, Courbit owns a number of luxury hotels in Courchevel, St. Tropez and Gordes.

In addition to wine, Chateau d’Estoublon is surrounded by 120 hectares of olive groves, from which it produces a range of extra virgin olive oils.

To mark the acquisition, a flagship premium rosé, called Roseblood d’Estoublon, will be released. The pale pink rosé is made from a blend of Grenache (50%), Cinsault (45%) and Tibouren (5%) and is said to be “vibrant with refreshing minerality”.

Roseblood will soon be distributed in France and the US, and will be rolled out to other global markets next year.

The sale of Chateau d’Estoublon is the latest in a growing number of high profile acquisitions in Provence, which is becoming a must have within winery porfolios.

Five months later, Chanel added to its already enviable wine portfolio, which includes Canon in Saint- Émilion and Rauzan-Ségla in Margaux, with the purchase of Domaine de l’Île on the crescent-shaped island of Porquerolles in Provence.

Last December, LVMH took a 55% stake in Sacha Lichine’s Château d’Esclans, maker of the wildly successful Whispering Angel brand, along with Garrus, which long held the crown as the world’s most expensive still rosé.

In May, Château Bas in Aix en Provence was acquired by Ficbal, the holding company owned by Catherine Castéja and her children, Charlotte Lafourcade Jumenbo, Hubert Castéja and Frédéric Castéja.