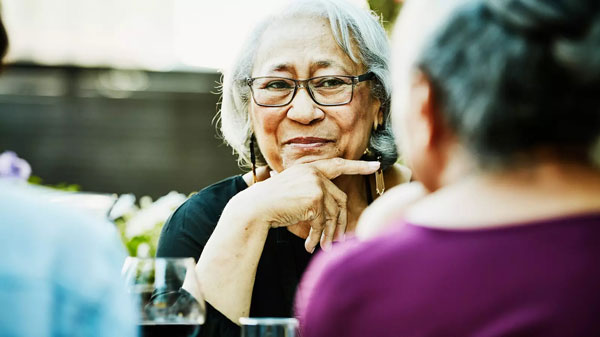 ‘A research team led by Changwei Li at the University of Georgia College of Public Health, in a study published online by JAMA Network, found that low to moderate drinking—defined as less than eight drinks per week for women and less than 15 per week for men—is associated with higher total cognitive function and slower rates of cognitive decline.

The researchers drew data from 19,877 participants in the Health and Retirement Study, the University of Michigan’s nearly 20-year examination of the United States’ aging population. The average age of the subjects was 62; about 60 percent were female and about 85 percent were white.

To analyze everyday brain function, subjects were given an overall cognition score based on their performance in three areas: word recall, mental status and vocabulary. They were repeatedly assessed over an average of about nine years to see how memory, crystalized intelligence and overall knowledge capabilities had changed.

The findings showed that those considered to be low to moderate drinkers had a consistently higher cognitive function trajectory in all three areas compared to non-drinkers. But researchers could not point to exactly why the positive association exists.

The study did not have enough data to make conclusions about those categorized as heavy drinkers, but cited alcohol misuse as a major problem in our country that can lead to numerous diseases. Alcohol consumption frequency was self-reported by the participants, creating room for potential bias, and the health status of individuals was not taken into account in cognitive test performance, which may have contributed to some of the declining cognition scores.

Although this study does not prove that moderate alcohol consumption directly improves cognitive function, it does suggest that an evening cocktail or glass of wine might help keep us sharp’.