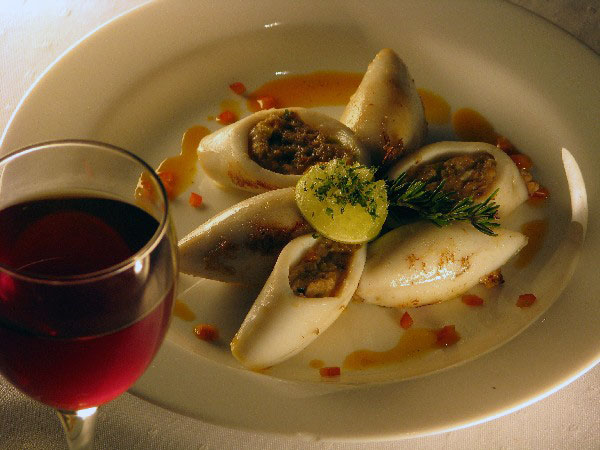 ‘A new study found that moderate wine consumption, as part of an antioxidant-rich diet, could reduce the risk of the degenerative disease Flavonols Found in Wine Linked to Lower Risk of Alzheimer’s Disease. When it comes to diet and the risk of Alzheimer's disease, eating your fruits and vegetables is a maxim that only grows more important with age. A new study from Rush University in Chicago found that higher intake of flavonols, a subclass of bioactive polyphenols found in fruits, vegetables and wine, was associated with a lower risk of developing Alzheimer's. Flavonols are polyphenolic compounds found in many fruits and vegetables, including grapes. The study, published in Neurology, analyzed data from the Rush Memory and Aging Project (MAP), an ongoing, community-based cohort study in Chicago. Beginning in 2004, Dr. Thomas Holland and his team of researchers conducted annual neurological evaluations and dietary assessments from 921 participants without dementia

The diagnosis of probable Alzheimer's disease was determined at each annual evaluation using a three-stage process: performance on 19 cognitive tests, clinical judgment, then a final diagnostic classification by an experienced clinician. Out of the 921 MAP participants who initially had no dementia, 220 eventually developed Alzheimer's disease. The results add to the growing evidence favoring moderate wine consumption as an essential part of a cognitive-friendly diet. Participants who followed a diet regimen with the highest flavonol intake had a 48 percent lower risk of developing Alzheimer's disease compared to those who consumed the least. Kaempferol, found in kale, beans, tea, spinach and broccoli, was associated with a 51 percent drop in risk of developing Alzheimer's and dementia. Consumption of myricetin, which is found in wine, tea, kale, oranges and tomatoes, was linked to a 38 percent lower risk of developing dementia, while isorhamnetin, found in wine, pears, olive oil and tomato sauce, was associated with a 38 percent reduction rate. No benefit was found for quercetin.

Dr. Holland, who places diet at the top of his list when it comes to healthy lifestyle factors, argues that leafy greens are the biggest contributor to flavonol consumption, but still advocates for a glass of wine as a good source of flavonols. "This study is a piece of the puzzle for anybody that's wanting to think about benefits for Alzheimer dementia or disease," Dr. Holland told Wine Spectator. "We need to think about it as a lifestyle modification."

Of the 921 participants, 75 percent were female, 97 to 99 percent were white and the average age was 81 years old. Results also showed that "Participants with the highest intake of total flavonols had higher levels of education and were more likely to participate in physical and cognitive activities," stated the study’