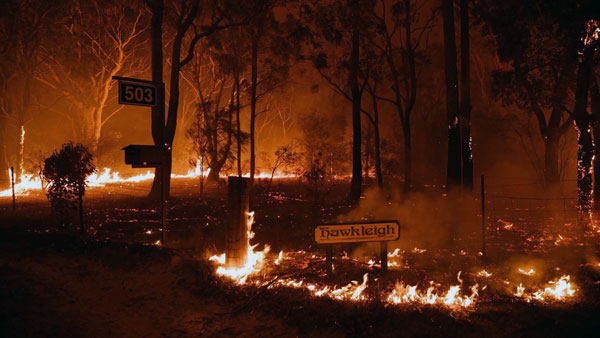 ‘Maximum of 1% of Australia’s total vineyard could be damaged by fires.

Wine Australia has said that, while the “toll on individuals cannot be underestimated and should not be downplayed”, a review of fire maps suggests a maximum of around 1,500ha of vineyards fall within the regions affected by the current bushfires to date. “Even if all those vineyards were fire damaged – and they are not – it would only be about 1% of Australia’s total vineyard area,” said Wine Australia CEO Andreas Clark, adding it was important to keep the impact of the fires in context. “Australia is a very large country with wine regions spread across it from the eastern seaboard right across to the west. Most fires have been in heavily forested areas or National Parks,” he said. Confirming it would be several weeks before it would be possible to get a real picture of bushfire impacts in the affected areas, Clark said that in some areas where people have been evacuated it would be “some time” before it was safe to access vineyards. In addition, he said, “there is also the fact that assessment of the impact on vines is complex. It is easy to see when vines are burned but often it takes much longer to establish the damage caused by heat”.

In some regions of South Australia, New South Wales, Victoria and Queensland individual vineyards and wineries had suffered “devastating damage which would take years to recover and local regions and the sector more broadly would step in to assist”, he added. “Sadly, it is not the first nor the last time that Australia has dealt with bushfires. What we have seen in the past and no doubt will again in the future is an astonishing generosity where people have donated grapes and labour to assist their neighbours and friends to recover,” said Clark. Wine Australia, Australian Grape & Wine, the Australian Wine Research Institute and viticultural experts, backed by the Federal Government, and state and regional wine agencies, said they are “coordinating a response that will offer support and advice in the short-term and a longer-term action plan”.