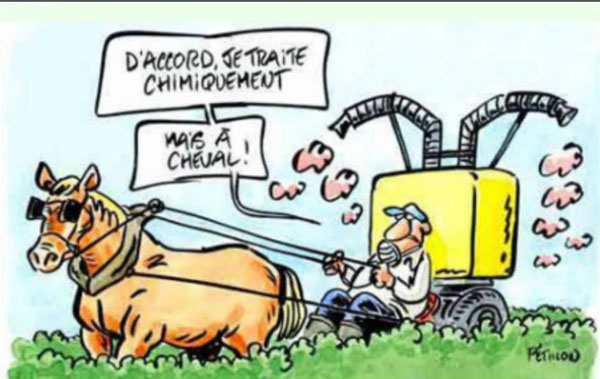 ‘What does it really cost to convert to organic farming? It is sometimes said that “certification is expensive so the producer X works organically but does not certify”. That’s not correct. The certification is a marginal cost. But what about the rest? A French report from consulting firm CerFrance Gard tries to work it out. According to the report, certification and extra working hours are expected to be 800-1000 euro per hectare. An average of 30 hours per hectare per year is required for the work in the vineyard. To this, you have to add investments in, for example, tractors for ploughing. Producers don’t save money on pesticides (although some say they do) because they need to be bought anyway, just other types. They may, however, experience reduced yields but this is not always the case. It depends on a number of things, the weather not least.

It is not so easy for most producers to raise the price of their wines, the report says. In any case, not directly and not during the three years that they are converting. Which means that it can be costly if you are unlucky with the weather and the harvest yield is less than before. Even if you take into account the subsidies you receive during the conversion period, which is 350 euros per hectare and year.

But this type of calculation is much more complicated than the report shows. The statistics (bulk) clearly show that organic wines get higher prices, so it can compensate for any higher costs. Equally, many would consider that the quality is increased, which further contributes to a better situation. In some cases, the harvest can also be positively affected. So it is far from a simple equation. Besides, most people do not become organic because it is cheaper’.