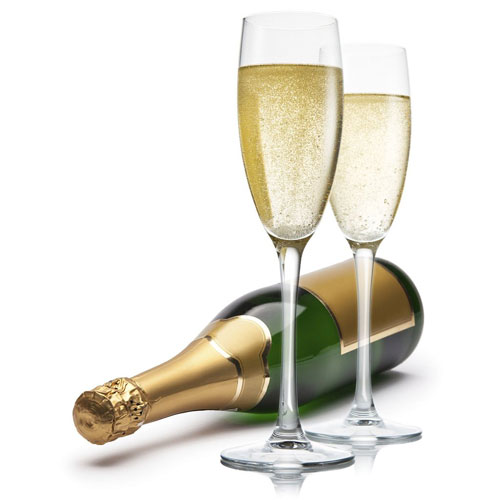 ‘Faced with a challenging economic climate, the growth of the global sparkling wine market and the pressure to safeguard the environment, a decade ago the leading powers in Champagne decided to focus on promoting value sales and controlling volume. Capping yields and regulating the amount of stock released is nothing new in the region, however, the Comité Champagne and the Union des Maisons de Champagne (UMC) decided subtle changes were required.

Since 2013, the yield limit, not including réserve individuelle, has been set at under 11,000kg/hectare. This year it fell to just 10,200kg/ha, and it is believed that growers may not even reach this reduced level because of the summer heatwave.

But why is value prized over volume? Stephen Leroux, managing director of Charles Heidsieck, explains how the sparkling wine landscape has completely changed over the past hundred years. He says: “Champagne used to represent close to 100% of the sparkling wine business at the turn of the 20th century, even if some fizz could be found in other regions of France, Germany, and eastern Europe.
“A century later, Champagne now accounts for around 10% of global sparkling wine production. For Champagne, trying to win the battle of volume is totally pointless.”

Jean Marie Barillère, president of the UMC, adds: “At the end of 2007 we were at almost 340m bottles (shipment volume), and the total production capacity of Champagne was around 10% more than that. It meant that the days of augmenting your turnover by increasing your volume were behind us. The only way to continue to increase turnover and profit was to increase the value perception. You need to change your price to do business.

“Since 2011, we have seen a fall of 40m bottles on the French domestic market, and this volume decrease has been much more marked for the big discount brands than for the prestige brands – the latter are doing very well in France.

“This process has also been accelerated by global environmental issues. The impact on the industry, if you take into account how we farm our vineyards, means that we now use as few chemicals as possible. By farming differently, we have decreased our production capacity.”

“At Bollinger we have tracked UK market shipments for as long as the CIVC has recorded them, and since the 1950s, the Champagne market has closely followed the economic cycle, with the most significant variation from this strong correlation being the period following the global financial crisis of 2008, when previous experience would have suggested that the market would fall in volume far further than it in fact did,” Hawes says.

Referring to the UK market, he says: “The availability of supply at keen prices coincided with a commercial strategy among the multiple grocers that favoured the development of retailer exclusive brands that were strongly featured in store and heavily promoted – thus creating strong growth in this large sector to offset what was the usual trend of falling on-trade demand.

“What is finally happening now, eight to 10 years later, is that these medium-term factors have run their course and the situation is returning to what we would normally expect 10 years after a crisis period. We have had rapidly falling volumes of retailer-exclusive labels, the on-trade has stabilised following the ‘Prosecco boom’, and the premium brands are in a strong position across all market sectors.”

Champagne, like every wine-producing region, has also felt the effects of falling per capita alcohol consumption. As Barillère notes, in the French market, the largest single consumer of Champagne, volumes have fallen.

Thibaut Le Mailloux, communications director of the Comité Champagne, says: “We’ve come from an extremely high per capita consumption level in France, which reached as high as 3.5 bottles per capita, per year. Last year we sold 147m bottles in the French market, roughly equating to two bottles per capita.

“A key reason for falling volumes therefore is the slow decline in overall wine consumption in France at the moment.”
This has been exacerbated by the effects of a new law implemented in France at the start of this year. Affecting food and drink products sold in supermarkets, the so-called Egalim law limits discounting to 33% of the original retail price, effectively banning buy-one-get-one-free promotions. The aim is to achieve a fairer price for the nation’s farmers and industry workers.

“The French are drinking less Champagne, but what they are drinking is more expensive,” Le Mailloux says. “Since the law came in, ‘Champagne’ and ‘discounting’ are two words that no longer go together. Champagne used to be the star, and was used by retailers to drive footfall into stores – it was used as a promotional product.”