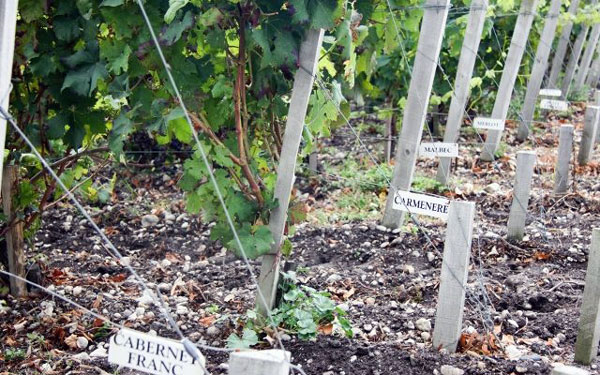 Scientists say that the classic descriptor of minerality – wet stones – has little to do with minerals and more to do with other factors.

Despite being dismissed as myth by scientists, somms and winemakers still insist minerality is a thing.

Minerality is perhaps the wine industry's most overused, underwhelming, and misunderstood descriptors of them all.

Though when it comes to the legitimacy of the term, the question still stands: does minerality in wine actually exist, or is it a simple cop-out used to fluff lackluster tasting notes? Geologists, viticulturists, and industry professionals across the United States have a lot to say – and the verdict is in.

Santa Barbara-based geologist Brenna Quigley believes that minerality is a difficult, and at times controversial subject, because there isn't a precisely established definition of the term. "For example, 'mineral' is a widely used aromatic descriptor referring to the aroma of 'crushed rocks' or wet stone, but it is also used as a textural descriptor for a hard, stony sensation on the palate," she explains. Quigley notes that "mineral-driven" aromatics and textures aren't the same thing, and that reductive components within a wine, which can give off flinty or rubbery aromas, can complicate things even further.

Not by the roots

"The science is quite clear that the vine is not literally picking up minerals from the soil and transferring them into the wine," she explains, adding that this does not mean that experiences that tasters may have and describe as minerality do not exist. Dr Kevin Pogue, professor of geology at Whitman College, echoes this, with a firmer standpoint against the use of the term, confirming that so-called "minerality" is not the direct result of minerals being taken up by roots. Pogue explains that vine roots don't actually absorb minerals, which are complex chemical compounds; rather, vines absorb positively charged elements, such as nitrogen, calcium, and iron, which are often called "mineral nutrients", as they are derived from the weathering of minerals, but are not actually minerals in themselves.